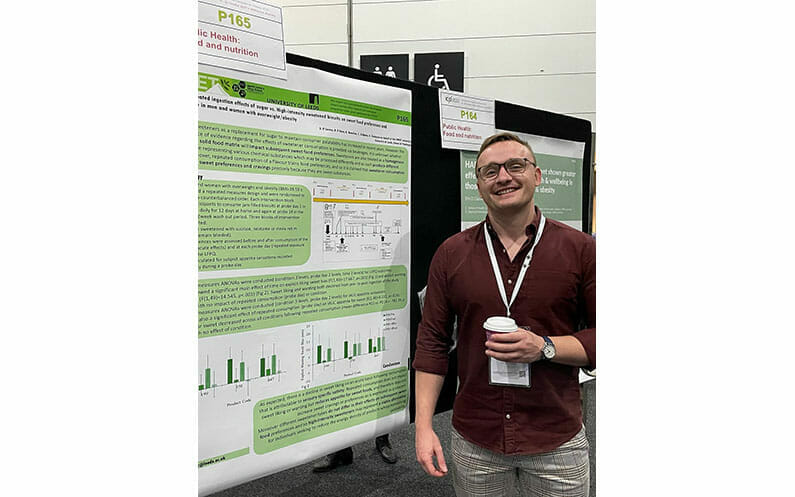 Dominic has played a pivotal role within the data collection of the SWEET work package 2, phase 2 trial, and used this data as the second study in his project. Dominic’s findings here demonstrated that consumption of a sweet biscuit produced an immediate decrease in liking and wanting for sweet foods. There was also a reduction in sweet preferences following repeated consumption of the intervention products. However, these effects did not differ across the sweetener conditions, leading to the conclusion that sweetener type is of less concern than previously thought. It is the consumption of a sweet stimulus in and of itself that is likely to impact subsequent preferences. These findings may partly serve to dispel concerns that consumption of sweeteners serves to increase subsequent sweet cravings and intake, a concern often expressed amongst the media and consumers. These findings have been reiterated within a narrative review which Dominic co-authored with SWEET colleagues, published in the journal Food & Function.
In October 2022, Dominic presented both sets of findings at the International Congress on Obesity, in Melbourne, Australia.

As Dominic finishes his studies we wish him the best of luck with his thesis defence and future work.